Is everyone ready for Thanksgiving?? I must admit, I am late this year on planning my own Thanksgiving menu. My mom and I are just finalizing the menu THIS week! That’s cutting it close for us! For the past several years I’ve only had to worry about pies and sweets, but this year we’re making some savory things as well. If you haven’t yet finalized your pie plans, i suggest checking out my book that is being released NEXT WEEK! Omg! I could not be more excited about it. It’s got everything from savory to sweet, some classic and some unique! Click this link to check it out!

Anyway- if you’re looking to sweeten your dinner with a pie alternative, this Pumpkin Millionaire’s Shortbread might just hit the spot. It’s layers of spiced shortbread, pumpkin caramel, and salted chocolate ganache! So rich it’s for a millionaire! Haha, at least that’s why I think they’ve been dubbed this name. This is a play on Millionaire’s Shortbread which is layers of shortbread, caramel and ganache- my spin includes the pumpkin. This dessert is easily whipped up in just a couple hours, and it makes a good amount for a holiday party. I like to cut them about 2×2 inches, but you can cut them smaller, or bigger if desired!

In other good news, my boyfriend and I just bought our first xmas tree together (a fancy fake one with lights already on it), and i believe I may just put it up before Thanksgiving this year. Yes, I’m gonna be one of THOSE people! No regrets. 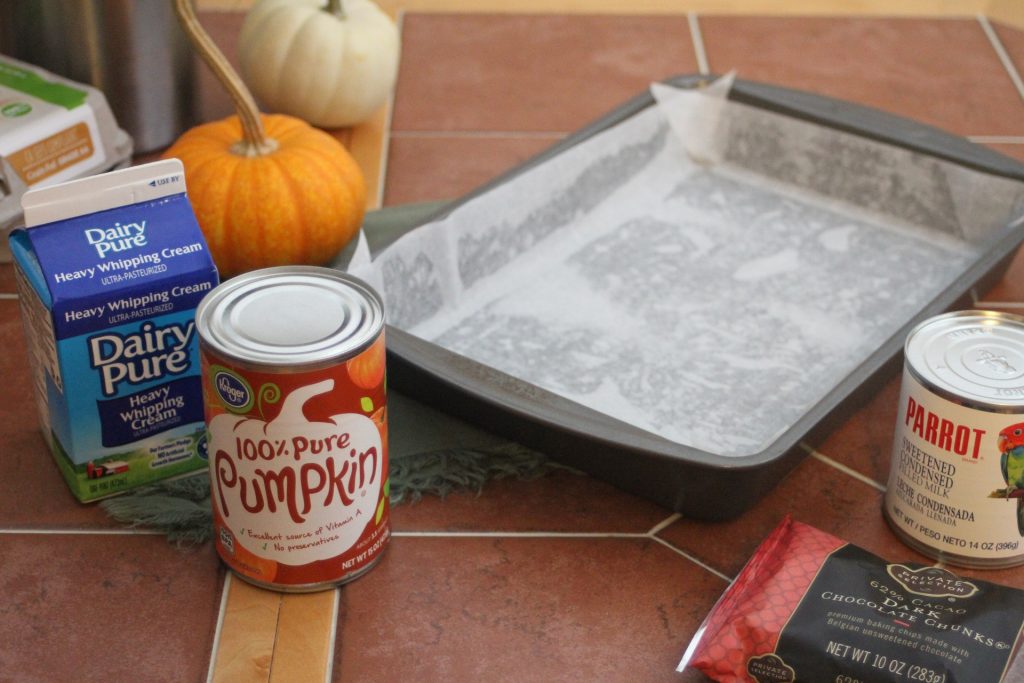 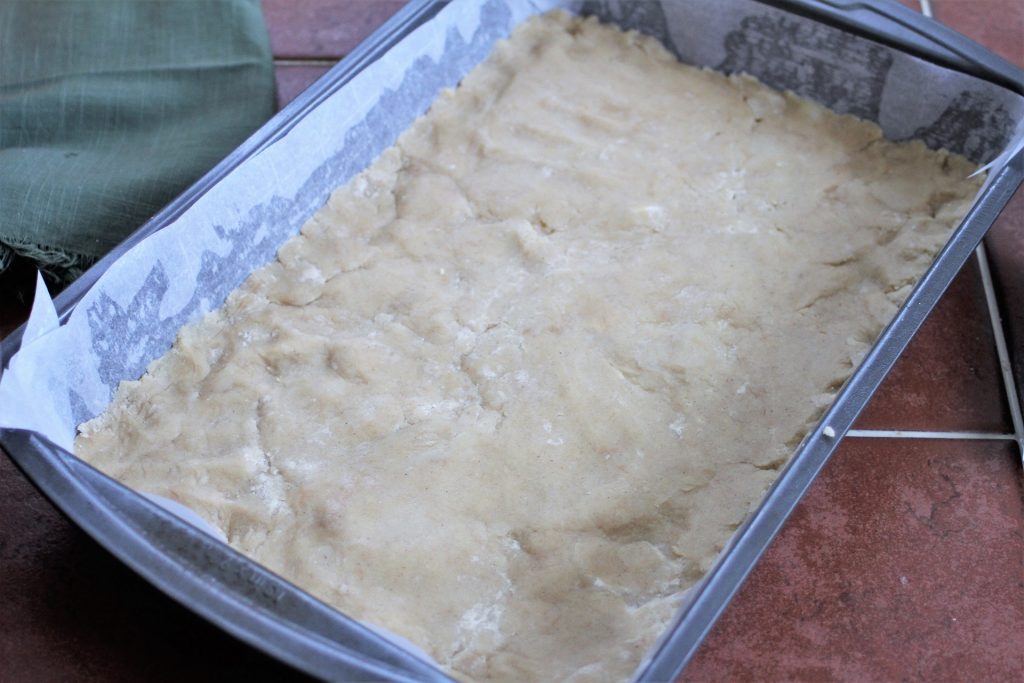 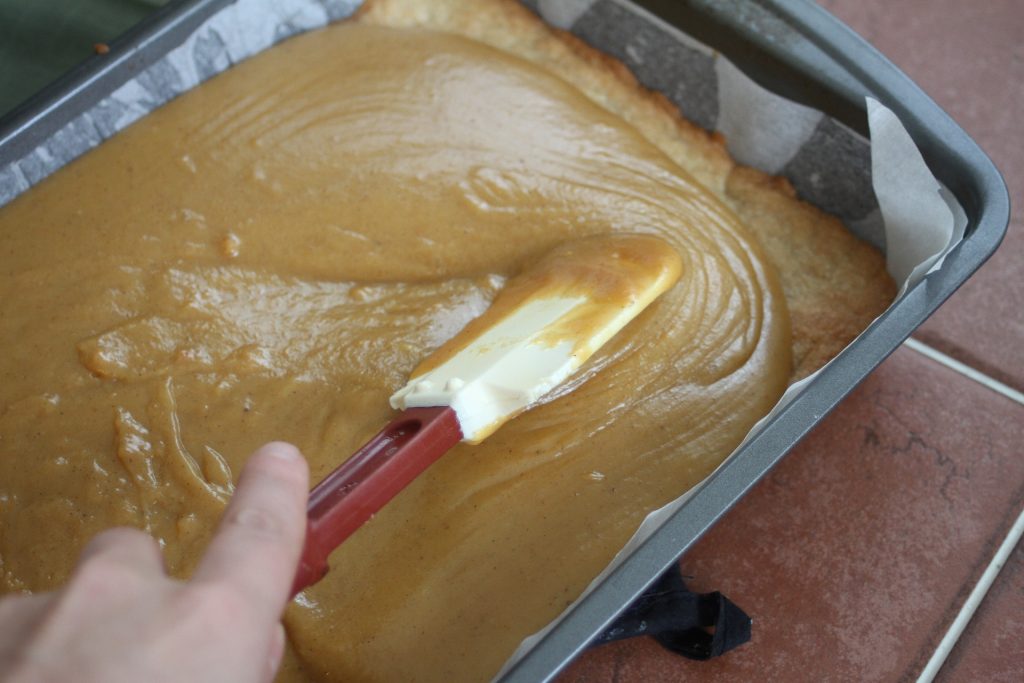 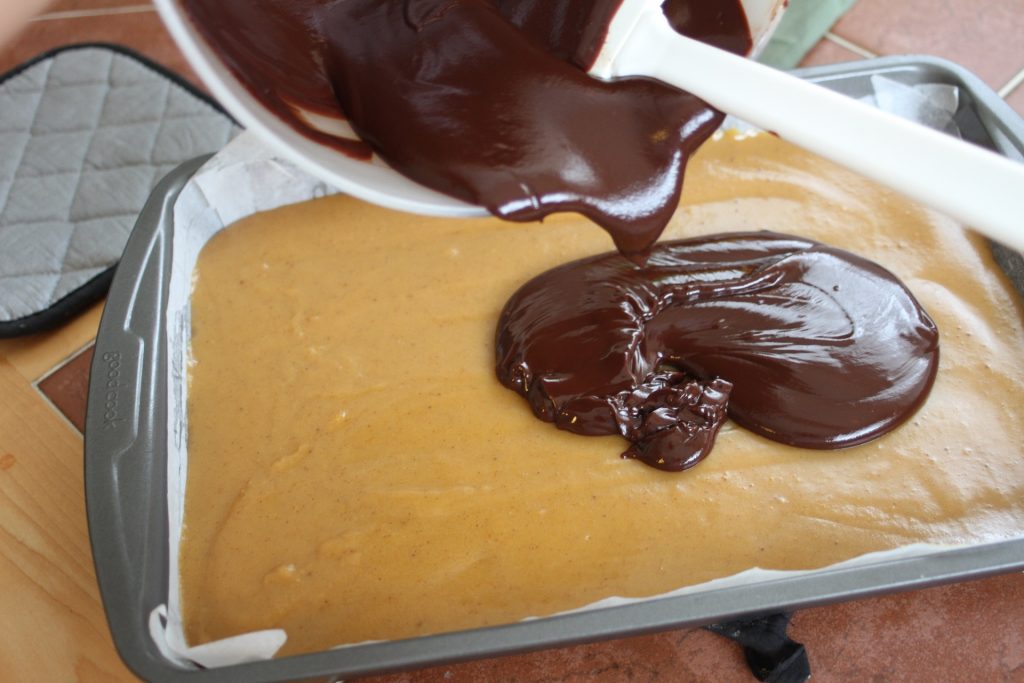 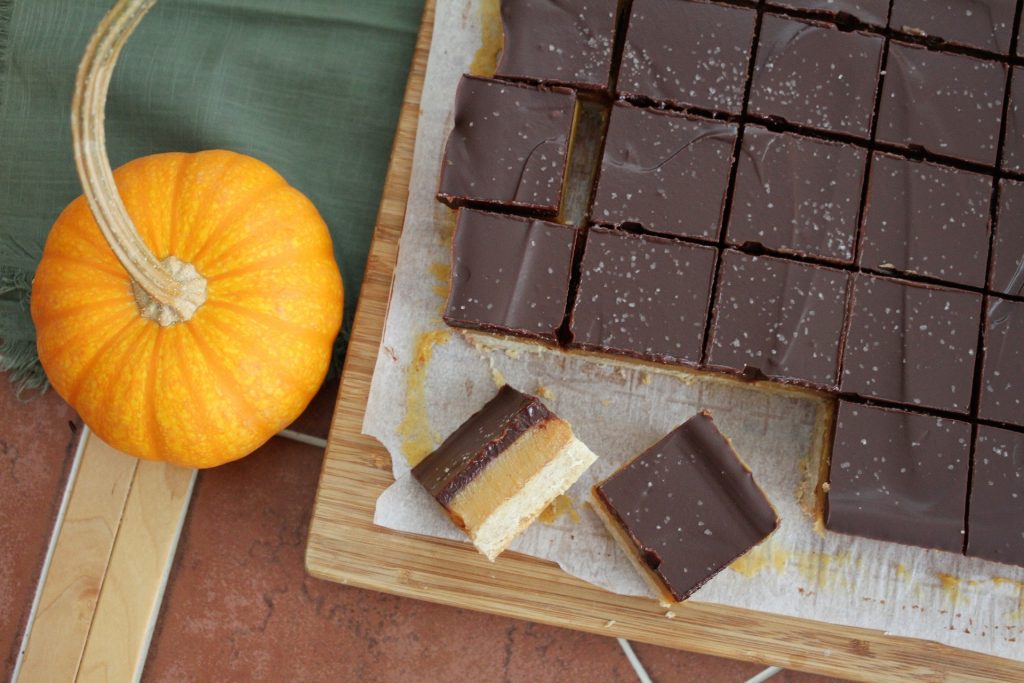 Sea salt for sprinkling over top

Preheat oven to 350 degrees F. Line a 9×13 baking dish with parchment paper that goes up the sides.

Begin with the shortbread crust. In a stand mixer fitted with a paddle attachment, combine butter and both sugar. Paddle until smooth, add egg yolk. Add salt, cinnamon, ginger, then flour, a little at a time, scraping down the sides as needed. Add vanilla last. The mixture will be very crumbly. Remove dough from bowl and press it into the prepared dish to create an even shortbread layer. Bake for 20 minutes, or until sides are lightly golden brown. Cool at room temperature for 15 minutes.

To prepare the ganache, combine chocolate chips and cream in a microwave safe bowl and microwave in 30 second increments until melted. Stir gently with a spatula as to not create air bubbles. Once smooth, pour over the pumpkin caramel and spread it out with a spatula. Sprinkle sea salt lightly over the ganache. Chill in the fridge for 1 hour.

Leave in an airtight container at room temperature or freeze if desired. 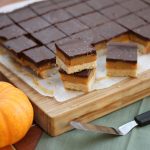 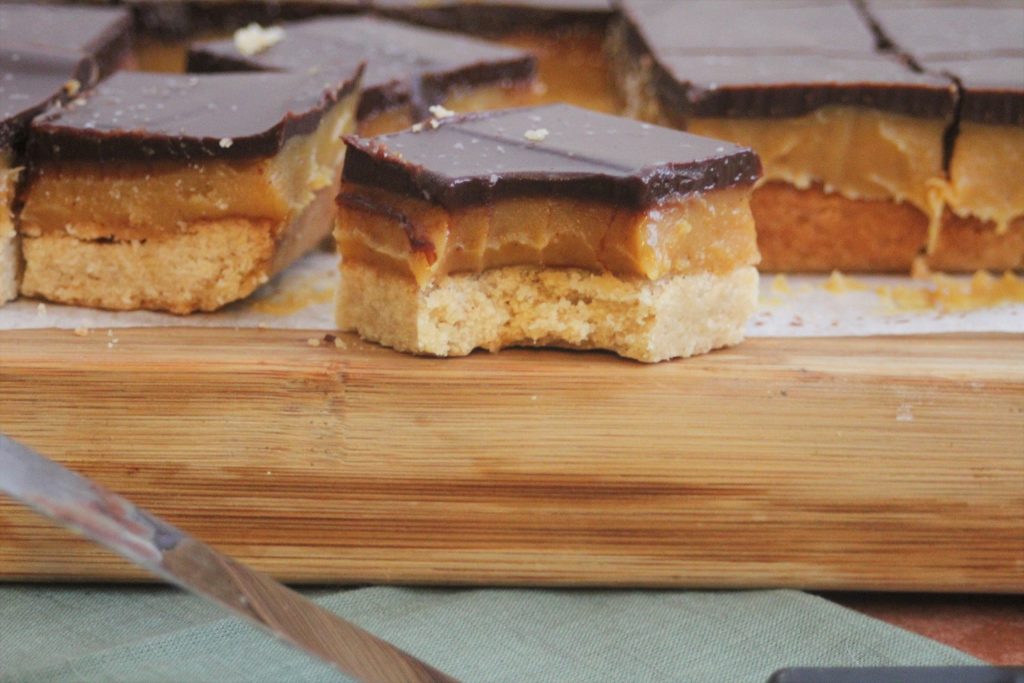