We had our first snow of the season a few days ago and I am not a happy camper. It went from sunny and 80 degrees to white and 18 degrees in less than 24 hours! What is that!! I can’t believe how fast this year has gone by. I am already starting to think of my Thanksgiving menu PLUS which pies to make! If you are on the same page, check out my book! It’s got various classic and unique pies to choose from AND it released the week before Thanksgiving! Click here to pre-order Easy as Pie!

Everyone loves cheesecake! This has got to be the one dessert I’ve made more than any other. Let’s face it, it’s a winner! In the past I’ve tried sprucing it up by flavoring the cheesecake all different ways, but now I realize that nothing really can beat a creamy delicious vanilla bean cheesecake. Except! When you Brulee the top. Think crème Brulee meets cheesecake. It works perfectly because cheesecake is firm enough to sprinkle sugar over and then torch it, but also creamy enough to get a really nice contrast in texture. Try this cheesecake out for size, and you may not go back to an un-bruleed cheesecake ever again. 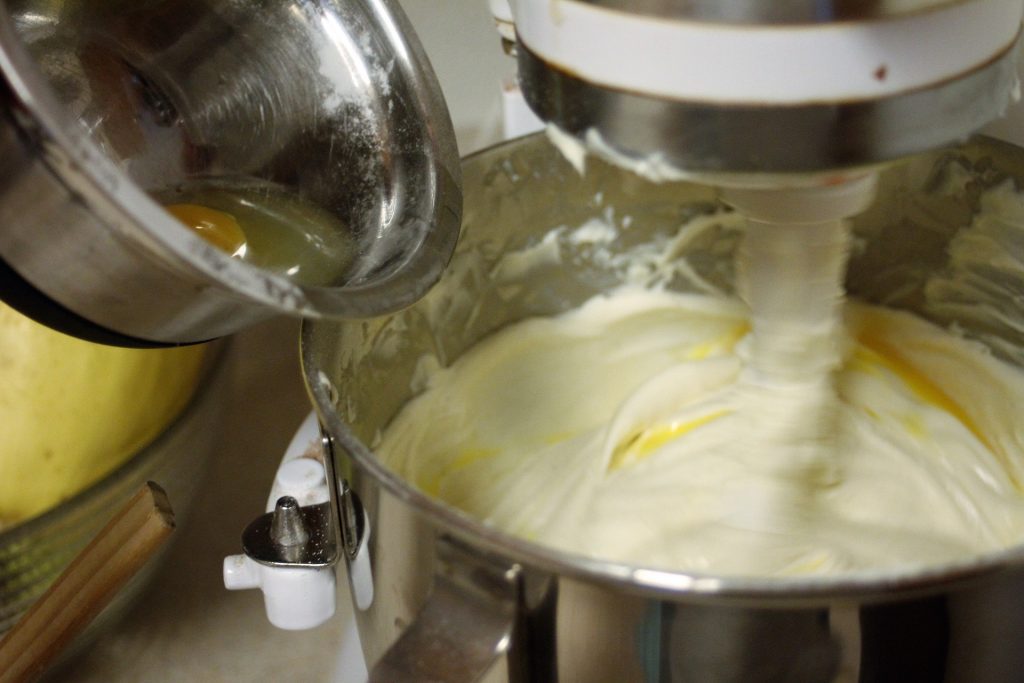 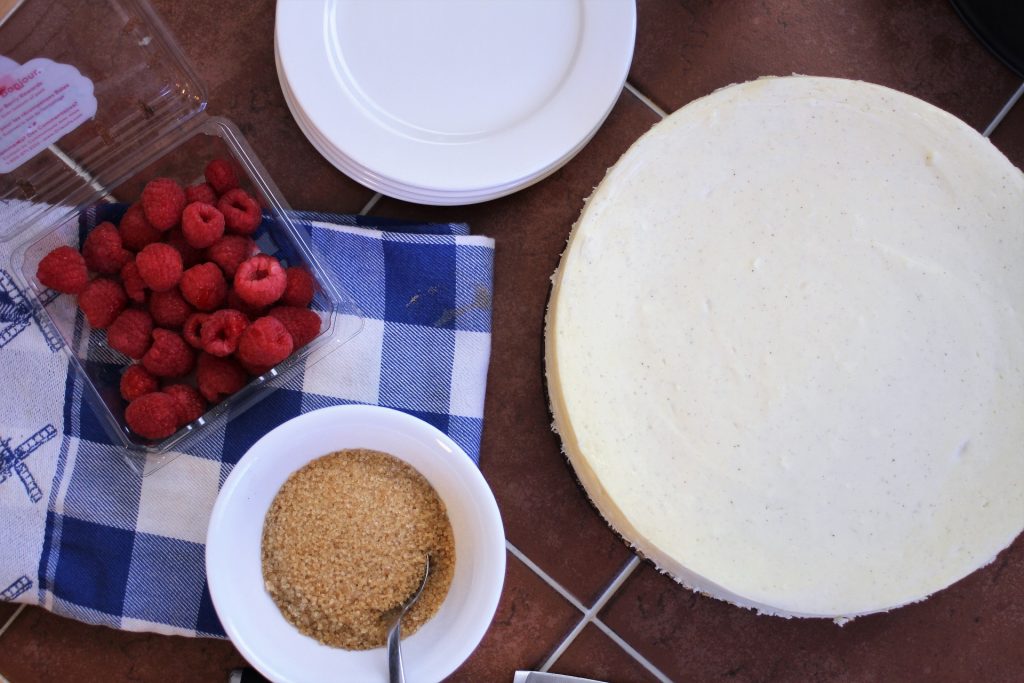 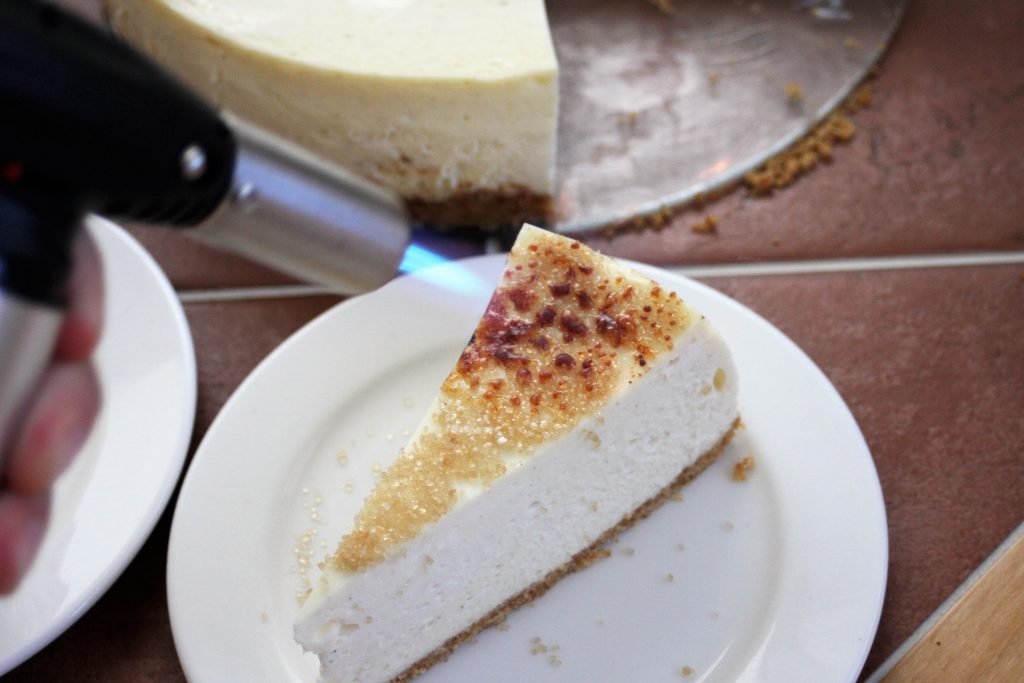 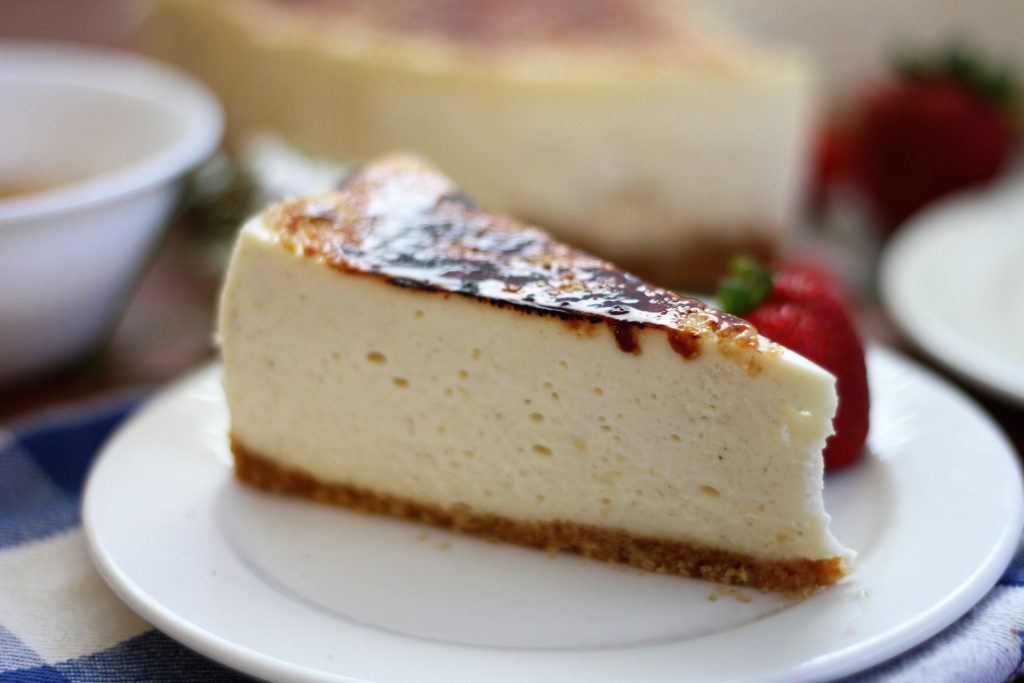 For the crust, mix the sugar, graham crumbs, and melted butter until it resembles wet sand. Put graham mixture into a springform pan, and press around to cover the bottom. Bake crust for 10 minutes.

To make the cheesecake layer, it is important to mix the ingredients in the correct order, otherwise, you’ll end up with weird chunks.. trust me, I’ve done it many times.

Also, throughout this whole time you should only mix on low speed. You don’t want to incorporate too much air into the cheesecake, otherwise it will rise and deflate after cooled.

Whisk the sugar and cornstarch together in a bowl and set aside.

Put the room temperature cream cheese into a standing mixer fitted with a paddle attachment. Add the sugar/cornstarch mixture to the cream cheese. Scrape down sides as needed.

Add the sour cream next, and let it mix for a few minutes. Keep scraping down sides.

Add eggs last, scrape down once more, then put in prepared pan and place in oven.  You also want to put another oven safe pan (like a cake pan) on the bottom rack of the oven so the steam can keep the cheesecake moist while baking.

Cool for 4-8 hours in pan. After completely cooled, run a small knife around the edge of the spring form and pop the sides off.

Sprinkle an even layer of demerara sugar over the top of the cheesecake. Use a blow torch to Brulee the sugar. Serve and enjoy! 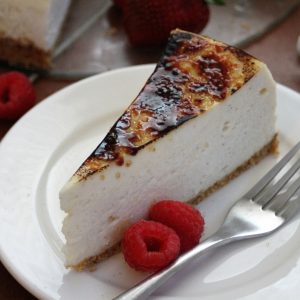 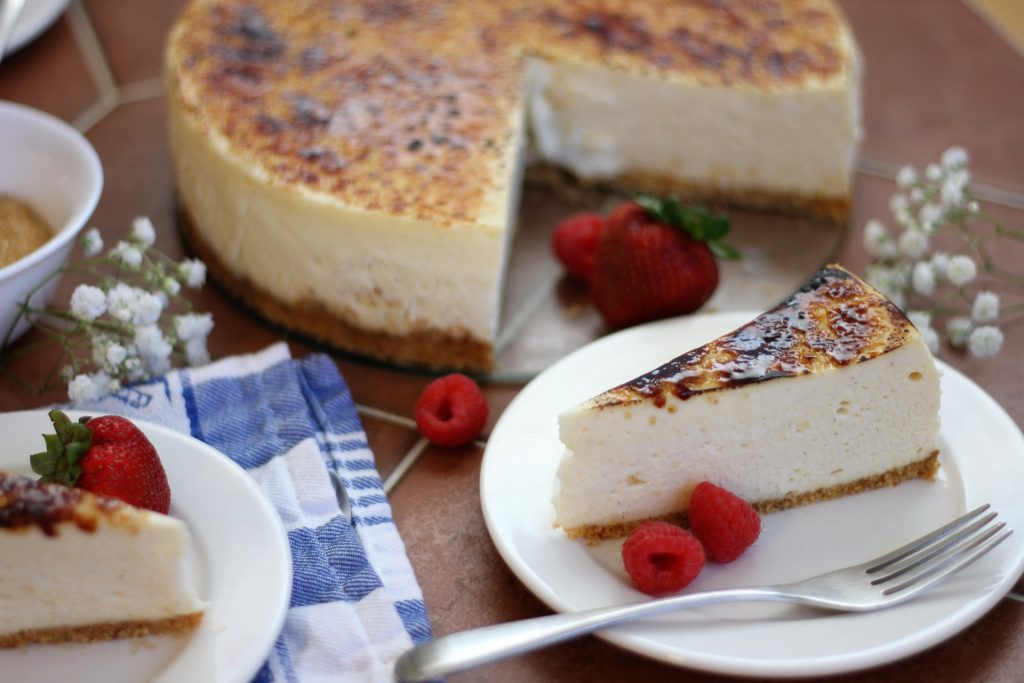